International powers must continue to talk to Russian President Vladimir Putin until he is ready to end his aggression on Ukraine, French Foreign Minister Jean-Yves Le Drian said Sunday.

Le Drian told a conference in Doha that Putin had not achieved any of his goals, but that there should be a ceasefire around the attacked Ukrainian city of Mariupol before negotiations could be held.

Le Drian said the Russian invasion had united Ukraine and given new impetus to the European Union and NATO, while Russia lost a key market for its energy exports.

The dialogue must be “clear, without naivety and a lot of assertiveness,” he said. There should be a ceasefire in Mariupol “because no one can negotiate seriously with a gun to the head,” the French minister added.

“But keep talking to him (Putin) so that when the time comes he thinks the price paid for his intervention in Ukraine is very high, which is better to negotiate, there is a way that allows the opening of talks. “

“It is for this reason that President Macron continues to talk to President Putin, to get the terms of a ceasefire first and negotiations afterwards,” Le Drian said.

Macron had previously warned of a verbal “escalation” of the conflict after US President Joe Biden branded Putin as a “butcher” who “cannot stay in power”. 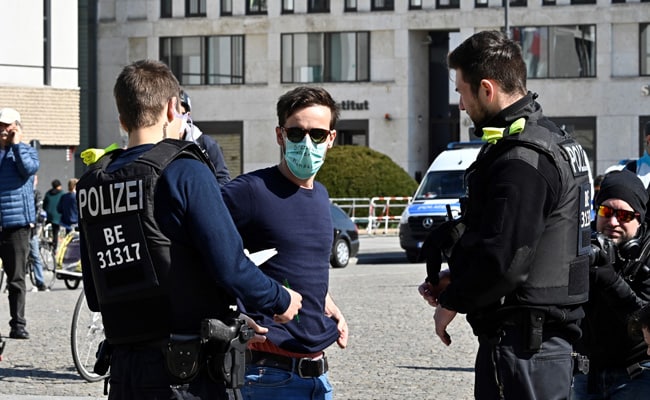