Britain said it had lowered tariffs on all goods from Ukraine while banning some technology exports to Moscow to help Kyiv in its efforts to counter Russian aggression.

Responding to a direct request from Ukrainian President Volodymyr Zelensky, the UK’s international trade department said on Monday it had reduced “all tariffs on goods imported from Ukraine”, including major exports such as barley, honey and poultry.

“The UK will continue to do everything possible to support Ukraine’s struggle against Putin’s brutal and unprovoked aggression,” international trade secretary Anne-Marie Trevelyan said in a statement.

At the same time, Britain announced it would block the export of “products and technologies that Russia could use to suppress the heroic citizens of Ukraine”, including the possibility of surveillance and interception equipment.

The invasion has sparked a spark of support from both sides of the Atlantic, with Western countries implementing various financial sanctions and channeling weapons to Ukraine to help Kyiv defeat Russian troops.

For months, Zelensky has asked allies to do more-including sending cannons and fighter jets-vowing his troops could change the tide of war with more firepower.

UN, US Urge Investigation Into Uzbekistan Deadly Protests -By ASC 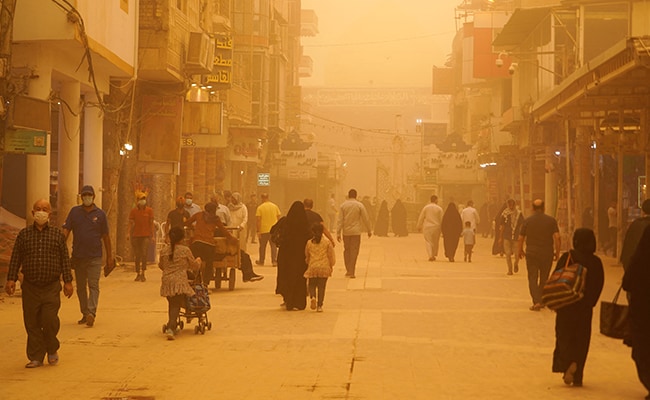 Sandstorms Blanket Riyadh The Saudi Capital, Another City In A Thick Gray Haze -By ASC