China has ruled out rumors of sending troops to Russia, including a “cropped” photo showing a convoy of Chinese military trucks on its border with Russia, according to a media outlet on Friday.

A photo circulating on Twitter is a cropped version of a photo posted in 2021, a Chinese Internet watchdog said.

The Chinese Cyberspace Administration (CAC), the country’s Internet watchdog, said on Thursday that there was a lot of fake news on the net to dispel China’s stance on the Ukraine war, the Hong Kong South China Morning Post reported on Friday.

A long line of Chinese military vehicles traveling at night has been spread on Twitter, prompting speculation that China is supporting Russia.

But it was actually the May 2021 edition of an old plan, the CAC said.

A tweet said a photo of 200 and 300 trucks of the People’s Liberation Army (PLA) was taken by a local driver on March 14 in the northeastern province of Heilongjiang, near Suifenhe, a town on the border with Russia.

The original photo was an official advertisement for a PLA regiment’s night transport exercise in the western Xinjiang region last year, which was published in the PLA Official Gazette on May 10, 2021, the CAC said.

US Imposes Sanctions on 5 North Korean Firms on Missile Tests 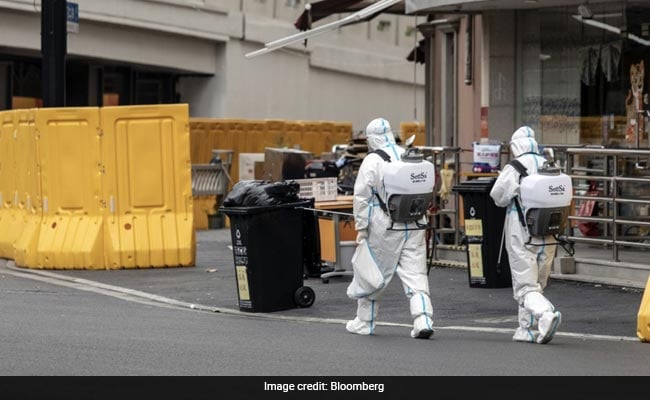 How China’s Lockout Affects the World Including Tesla -By ASC