The BSE Sensex 30-stock index fell more than 500 points to about 56,819, and the broader NSE Nifty slipped nearly 1 percent to below 17,038. Both benchmarks shed gains from yesterday.

In the previous session, the Sensex index had jumped nearly 800 points to around 57,356, while the Nifty rose nearly 1.5 percent to about 17,200, after both indices declined more than 1 percent on Monday.

Stocks across sectors lost ground, with all major Nifty sub-indices being in negative territory.

And conversely, for the third day in a row, shares of Future Group companies fell-Future Consumers fell nearly 20 percent, while Future Enterprises and Retail fell about 5 percent, following rising concerns that the group faces bankruptcy risk after The Reliance agreement failed.

Risk -aversion sentiment was driven by Russia’s latest move – to cut off supplies to Poland and Bulgaria starting today, seen as a significant escalation in the Ukrainian crisis.

In response to Western sanctions on Moscow because of its attacks on Ukraine, Moscow has demanded payment for its gas exports in rubles.

“The catalyst for this move is the harsh words from Russia on Ukraine and the announcement that Bulgaria and Poland will see their gas supplies from Russia shut down starting today,” said Robert Carnell, Head of Regional-Asia-Pacific Research at ING.

The move led to higher oil and gas prices. Brent crude futures rose to nearly $ 106 a barrel. Crude oil prices rose about 3 percent in the previous session in volatile trade.

Financial markets have already been turbulent as a result of the Russo-Ukrainian war and supply disruptions that have pushed up commodity prices.

This has brought global inflation to its highest level in several years, and in response, the expected aggressive monetary policy path, particularly from the US Federal Reserve, has raised concerns about world economic growth.

Yet, a broader survey suggests that the rate hike expected by the Federal Reserve could hurt growth only when many economies begin to recover from a pandemic -driven downturn.

Investors are also worried about volatile commodity prices due to the Ukraine war, with the International Monetary Fund warning this week about the risk of stagflation in Asia.

“The real concerns for the market right now are the possibility of a sharp global slowdown triggered by the upcoming aggressive monetary tightening in the US, severe COVID -related closures in China and concerns in the eurozone caused by the Ukraine war,” VK Vijayakumar, Head of Investment Strategy at Geojit Financial Services, told PTI.

Will Not Make Vehicles In India Until Allowed To Sell Locally: Elon Musk -By ASC 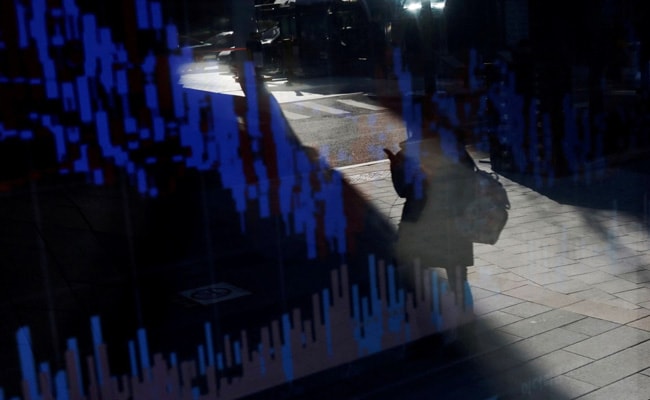 Luna Will Rise From The Ashes, South Korean People Who Love Crypto -By ASC