Over the past few months, there have been rumors that all is not well Radhe Shyam co -star Prabhas and Pooja Hegde. Recently, In an interview with Bollywood Bubble, Pooja talked about the issue. “I think negatives sometimes unfortunately sell. It may not be the truth but people like to talk about it but all I can do is be flooded with positivity that’s why my social media will always be about the wonderful times in my life because I feel that there is already there are so many negatives out there and I don’t want to add to them. I try to let go of them and then focus on the positives, “said Pooja Hegde. For those who don’t know, there are reports that Prabhas can’t stand Pooja’s attitude and unprofessional behavior on set.

Earlier, UV Creations, which produced Radhe Shyam,has issued a statement and it has read, “This report is baseless at all. Prabhas and Pooja Hedge have a lot of respect and admiration for each other. In fact, they share a great friendship off screen and that has translated into some on -screen chemistry. “magical. Pooja is always very punctual for her filming. She is very easy to get to work with. These rumors are just a figment of someone’s imagination. Everything is fine between the main couple and the whole team is very excited to bring the audience the theatrical experience they won don’t forget.”

Radhe Shyam released on March 11 and garnered acclaim from the audience.

Next up, Pooja Hegde will be seen in the Rohit Shetty film Circus with Ranveer Singh. He’s there too Kabhie Eid Kabhie Diwali with Salman Khan. 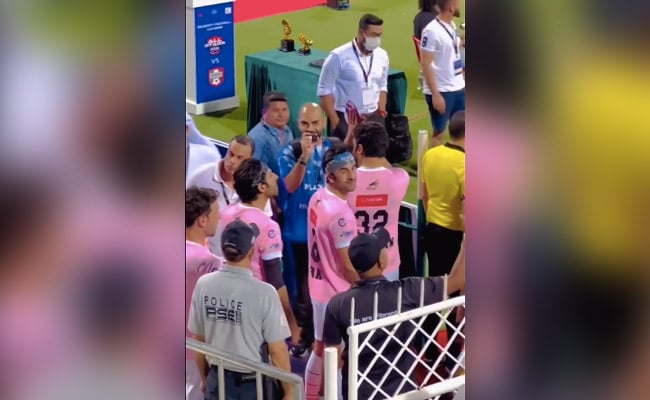 Ranbir Kapoor Heard Fans Scream “I Love You.” What He Did Next Was So Cute -By ASC