17 children, or about 10 percent of cases, required a liver transplant (Representative)

One child has died and more than a dozen have undergone liver transplants as a result of the mysterious outbreak of severe acute hepatitis that has left children ill in the UK, US and 10 other countries, the World Health Organization said.

Health authorities are trying to determine the cause of inflammatory liver disease affecting at least 169 children, aged 1 month to 16 years, as of April 21, the WHO said in a statement Saturday. Common causes of viral hepatitis have been excluded.

The United Nations agency was notified on 5 April of 10 cases among previously healthy children across central Scotland with jaundice, diarrhea, vomiting and abdominal pain. Three days later, 74 cases have been identified in the UK

As of April 21, the UK had 114 cases followed by 13 in Spain, 12 in Israel, nine in the US and another 21 spread across Denmark, Ireland, the Netherlands, Italy, Norway, France, Romania and Belgium. Many have been infected with adenovirus strains, a family of viruses that cause a variety of illnesses including the common cold.

Seventeen children, or about 10 percent of cases, require liver transplants and at least one death has been reported, the Geneva-based agency said. With a more extensive search, “it is very likely that more cases will be detected before the cause can be confirmed and more specific control and prevention measures can be implemented,” he said.

Symptoms include inflammation of the liver, with very high liver enzymes, and jaundice, preceded by abdominal pain, diarrhea and vomiting. The common viruses that cause acute viral hepatitis-hepatitis A, B, C, D and E viruses-have not been detected in any cases, the WHO said.

International travel or links to other countries have yet to reveal any clues yet. Additional toxicology and microbiological tests are being conducted in the affected countries, which have also initiated enhanced surveillance activities.

Adenovirus is detected in more than 40 percent of cases. Of the virus samples that underwent molecular testing, 18 were identified as F type 41, the WHO said. Nineteen cases were found to have co-infection with SARS-CoV-2 and adenovirus.

“Due to enhanced laboratory testing for adenoviruses, this could represent the identification of a rare outcome that occurs at previously undetected levels that are now recognized because of increased testing,” the agency said.

More than 50 types of adenovirus can cause infection in humans, according to the WHO. Usually the cause of a limited infectious infection on its own, it most often causes respiratory illness. Depending on its type, it can also cause other diseases such as gastroenteritis, conjunctivitis and bladder infections.

Adenovirus type 41, a strain involved in liver disease outbreaks, usually causes diarrhea, vomiting and fever, often accompanied by respiratory symptoms. Although adenovirus is being investigated as a possible cause of the outbreak, it does not fully explain the severity of symptoms, the WHO said.

When the Economic Crisis Peaked in Sri Lanka, Rations From India Arrived in Colombo 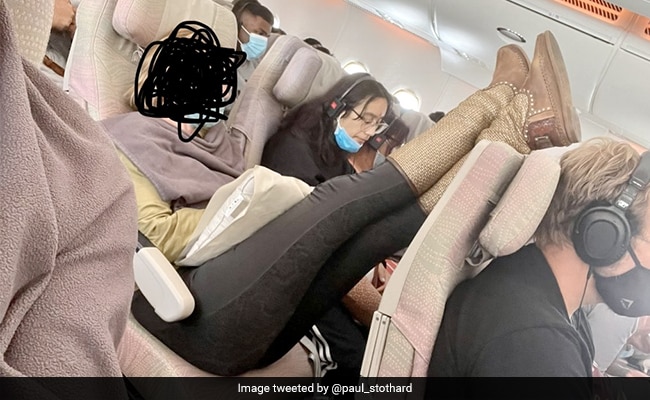