The photo was posted by the man who found it on Reddit.

A man in Illinois, USA, found a 60 -year -old McDonald’s dish on the wall of his bathroom during a renovation. The man posted about it on Reddit, where he said the smell of the fast food shocked him.

The man, known as Rob by New York Postsaid the food was found “wrapped in old cloth”, with a packet of half -finished fries.

Since being posted five days ago, the post has received 216 comments on Reddit. Rob also responded to users who were stunned by the findings.

Rob said he was “pretty sure” that the food had been there since 1959, when his house was built. He added that the fries were still “perfectly crunchy”.

The man also said he was relieved to find that the wrapped paper only contained fries and not something more sinister.

“Hey, you are now the oldest McD found so far. I was a winner with it from 2001. You eliminated it, ”a Reddit user commented on his post.

“I need to check the inside of my wall now,” added another. “McDonald’s fries are never spoiled. It’s just an urban legend, ”commented the third user.

One user pointed to the “5 second rule”, which the user said in this case “the 70 year rule applies”.

A user asked Rob if there were any renovations done before the current renovation, and he replied, “Certainly no recent renovations I’ve found in the bathroom. It’s stuck to the original plaster on the back and the old toilet paper holder.”

Rob further revealed that the family lived near one of McDonald’s original locations in Crystal Lake. Interestingly, the store began opening its doors in 1959 – the same year Rob’s house was built. 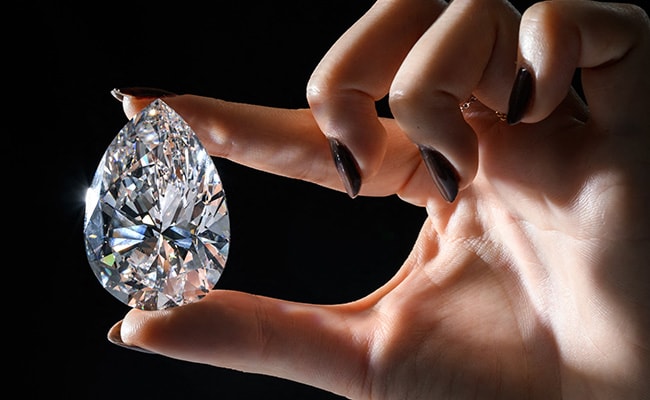 The Rock, The Largest White Diamond Ever Auctioned, Sold For $ 18.8 Million -By ASC