Abhishek Bachchan enjoyed the success of his newly released film Dasvi. Yet, more than him, Amitabh Bachchan is beaming with joy. On Wednesday, he shared a fan -made video of his hit song Khaike Pan Banaraswalawith a song from the movie Dasvi playing in the background. The big star revealed that young Abhishek’s dance moves inspired the steps in the song. Now, in response to it, Abhishek shares an edited video clip of the Big B hit song Pag Ghungroo Baandh from the film Namak Halaal. However, again, there is a twist because the clip is from an 80s classic, but the background song is from Abhishek’s Dasvi.

Sharing the fan -made video, Abhishek Bachchan wrote his caption as “What a son does … a father not only does it first, but he does it better !! @amitabhbachchan #dasvi #namakhalal #TheOG “. Shortly after she shared the video, her sister, Shweta Bachchan, was among the first to comment. She wrote,” Hahahahahaha, “while a fan wrote,” The Incredible Bachchan Magic..The Bachchan Legacy Continues! “

On Wednesday morning, Amitabh Bachchan shared an edited video clip of his iconic song from the film Don and wrote a caption as, “Some of the movements were copies of Abhishek when he was little. He used to dance like that. He always moved to the side”. Shortly after he shared the video, Abhishek was the first to comment. He wrote, “Haha. Still moving to the side.”

Amitabh Bachchan has shared some fan -made photos on his Instagram since then Dasvi has been released. A few days ago, he shared a sketch of him and Abhishek and wrote a caption as, “Ready to devour. And let me tell you, you’re already …”

Meanwhile, ahead of the work, Abhishek Bachchan will be seen next SSS-7. 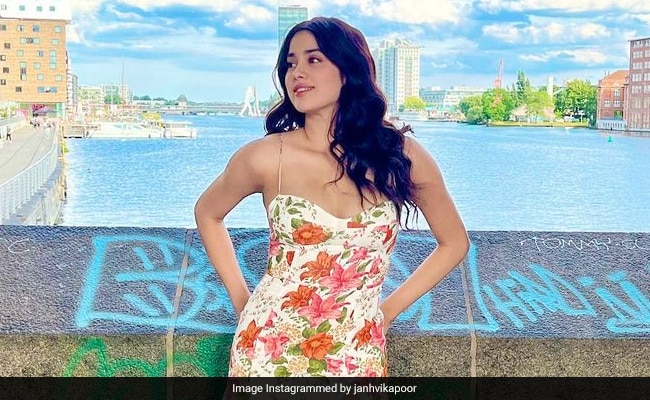 Athiya Shetty On Marriage Rumors With KL Rahul’s Boyfriend. Said, “I’m Tired Of All This” -By ASC